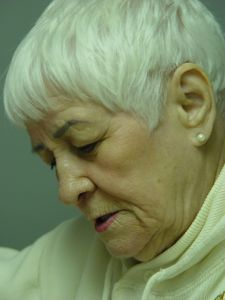 It looks like there’s one more risk factor to consider for heart disease in women.

According to a University of Oxford study published in the New England Journal of Medicine, radiation treatment for breast cancer increases a woman’s risk for ischemic heart disease. For most women the risk is low. But for others, the risk can be much higher and persist for as long as 2 decades!
Radiation therapy for early stage breast cancer has been shown to reduce recurrence and death, but the incidental exposure of this radiation to the heart has not been clear until now.

This study was done between 1958 and 2001 and included 963 women (most under age 40) with heart disease and a control group. Even though these women had no recurrence of breast cancer, 44% of women had some type of major coronary event (heart attack, heart vessel changes or death from not enough oxygen to the heart), which occurred less than 10 years after radiation treatment. These events continued in the next 2 decades. The rate of these coronary events increased as the amount of radiation exposure increased. Also, women that had radiation directed to left breast tumors and lymph nodes were at greater risk than women with right breast tumors due to the location of the heart.

Women in the U.S. are much less likely than men to receive preventative cardiovascular care. Women also have a poorer survival rate than men after sustaining a heart attack with 42% of women vs 24% of men dying within one year. Lowering cholesterol, managing high blood pressure, watching for diabetes and avoiding smoking are all things that can be done to lower the risk for heart disease.

Clearly heart disease prevention needs to be addressed early in a women’s life, preferably before a breast cancer diagnosis. But now we have reason to screen women before cancer treatment is started to determine the risk/benefit ratio of this common, but not benign treatment.

A Little About Me

Debbie is a board certified family nurse practitioner with an emphasis on women's health. During the past 22 years she has worked in women's health and family practice with a focus on the integration of conventional and alternative therapies.

Sign up to receive email updates for the latest in health and wellness.

Connect with us online